The Stroud District Settlement Role and Function Study is evidence to inform the Stroud District Local Plan Review. The National Planning Policy Framework (NPPF) says that local plans should provide a positive vision for the future of each area; they should establish a framework for addressing housing needs and other economic, social and environmental priorities; and they should provide a platform for local people to shape their surroundings.

We need to understand how our towns and villages currently work and function before we start to shape the future and set a strategy for determining the pattern, scale and nature of future development. How our settlements currently function can give us clues about what we need to do in the future to deliver positive outcomes for our communities.

The 2104 Settlement Role and Function Study and the 2018 Update have gathered information about individual settlements’ key characteristics and functionality and how they compare to others in the District, in order to understand their current and expected future roles and functions.

An Update to the 2014 Settlement Role and Function Study has been prepared to support the ongoing Local Plan Review.

Data gathering and analysis for this Update was carried out during spring and summer 2018, alongside preparation of the Local Plan’s “Emerging Strategy” (which was published for consultation in November 2018). The assembly of this data into a publishable format (i.e. this Update document) has been completed in early 2019, subsequent to the Emerging Strategy consultation.

To support the preparation of the current Local Plan, the Planning Strategy Team undertook a study of how 32 of the District's larger and most complex settlements function. The study provided evidence to back up the Settlement Hierarchy which is set out in Core Policy CP3 and which forms the backbone of the Local Plan's development strategy, including the future distribution of development across the District.

This is a desk-based study, which collates and analyses existing evidence and readily-available data, including Census material. Statistical analysis was based around four main topic areas, with the aim of producing a 'profile' of the settlements, identifying their main roles, how they function now and how this might change in the future: 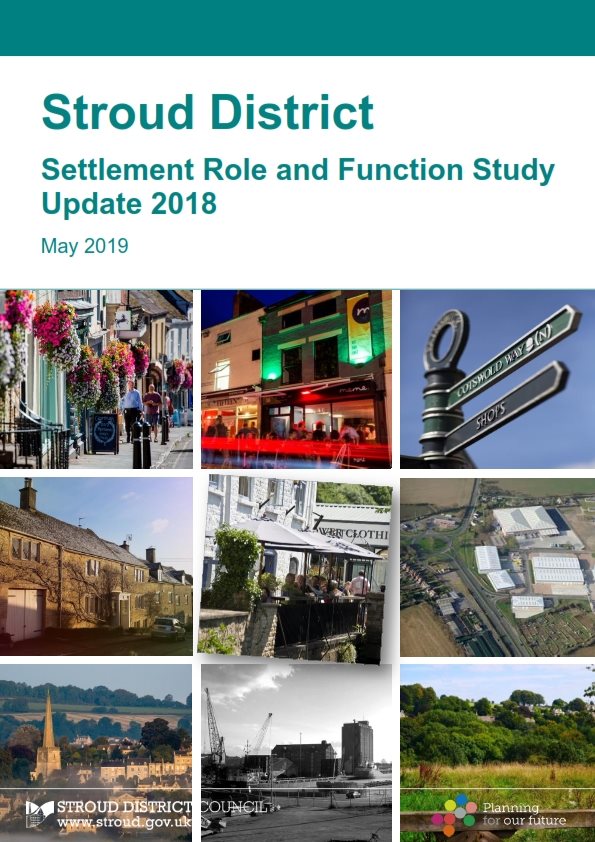