The restoration of the Cotswold Canals - the Stroudwater Navigation (7 miles/12km) and the Thames & Severn Canal (29 miles/46km) - will see the connection of England`s two greatest rivers; the Thames and the Severn for the first time in over seventy years.

Stroud District Council took on leadership of a Heritage Lottery funded project to restore a six-mile section of the Cotswold Canals in 2008.

The decision was taken against a background of recession and difficult financial and engineering challenges, but with huge community support.

With tremendous volunteer help, a five-mile length of canal known as `Phase 1A’ has been restored between Stonehouse and Thrupp. H.R.H The Prince of Wales marked the achievement by visiting Stroud in February 2018 and officially opening the Wallbridge Lower Lock.

In 2018 the National Lottery Heritage Fun awarded us £842,000 towards the £2million cost of drawing up detailed proposals for restoring a further four-mile length of canal -`Phase 1B’ - which would connect the Cotswold Canals to the national canal network and make Stroud and Stonehouse canal towns once again .

The project received a huge boost when Highways England made a £4million grant towards the cost of reinstating the `Missing Mile’ of canal, destroyed when the M5 was guilt and the A419/A38 was upgraded. The money will fund the two bridges needed to take the canal through the A38 roundabout at Whitminster.

Stroud District Council has made £3million available for the project. A successful final bid of £9million of Lottery funding was awarded in 2020.

Another piece of the Cotswold Canal jigsaw falls into place

Cotswold Canals Trust and Stroud District Council are pleased to announce that the Canal & River Trust is backing the bid to reconnect Stroud to the national canal network.

Fifteen Dutch dignitaries from the Netherlands visited Stroud’s canal restoration project as part of a five-day research trip to the UK.

Volunteers who bring a historic section of restored canal to life for thousands of visitors and local residents alike are appealing for more people to help sail their ship.

Just days after the 100th anniversary of Armistice Day, new research reveals how the Stroudwater Canal fell in to decline during First World War.

‘Missing mile’ of canal can be restored thanks to £4million Highways England grant to Cotswold Canals Trust Restoration volunteers have been given a £4million boost to help reinstate a length of canal which was lost to road builders 50 years ago.

Whether your interest is engineering, history, horticulture or wildlife, there’s a place for you on Stroud’s award winning canal project.

Live webcams along the Cotswold Canals in Stroud

If you have an adblocker installed you will need to turn this off to view the cams. 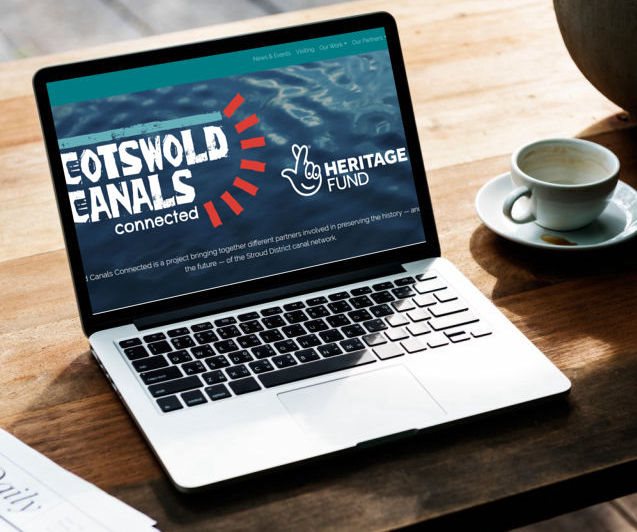 For further information about the canal - www.cotswoldcanalsconnected.org