Subscription Rooms transfer will keep it in public hands

Stroud District Council has authorised the transfer of a town entertainment venue which should keep it in public hands.

Last night (Thursday, July 12) the Council’s Strategy and Resources Committee voted to start the sale process for Stroud Subscription Rooms for £1 and invest up to £375,000 for the buyer Stroud Town Council.

The building has been costly to run and SDC cannot afford to subsidise it, so officers have been in talks with Stroud Town Council over a transfer. A trust has been set up by the town council to run the venue. If the sale goes through, the building will be handed over on March 31, 2019.

After 2019/20, the district council will save £230,000 from its operating budget, which can be ploughed back in to frontline services – the council is the only in Gloucestershire which next year will have to give money back to the Government instead of receiving a grant.

Most councils receive Government grant in addition to council tax and business rates revenue but next year SDC has been told it will be in ‘negative revenue support grant’ which will mean handing back £549,000 to central Government, and the council will have to become self-funding.

In December last year SDC decided not to sell the building to a private buyer for £300,000 and instead invite bids to run it in public ownership. A proposal from Stroud Town Council was made and since April 12, both councils have been working out a way forward.

"I am pleased that we have been able to work together with Stroud Town Council to ensure that the Subscription Rooms remains in public ownership, and continue to be an important venue for culture and the arts."

Both parties are expected to complete legal documentation and exchange contracts by the end of September this year, and SDC has programmed roof replacement, and flat roof and masonry repairs by the end of October.

The venue is set to operate under SDC until the end of March 2019, then on March 31, 2019 transfer of staff, service and the property to Stroud Town Council will take place.

The history of the building dates back to October 6, 1832, when land known as Kendrick’s Orchard was conveyed to trustees to build Stroud Subscription Rooms. Some £3,050 was raised through the sale of shares at £50 each, and the venue opened on October 24, 1834. 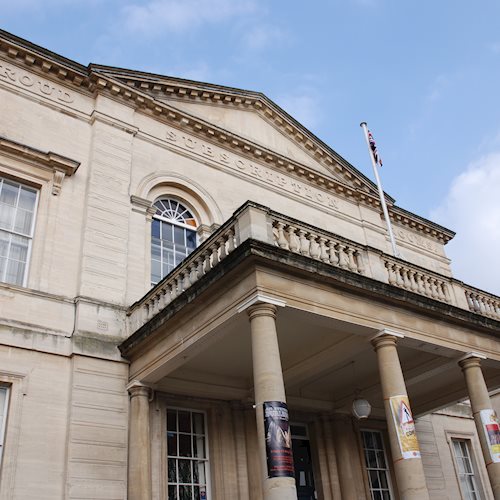