Subscription Rooms negotiations continue towards transfer at the end of March

Negotiations will continue over the transfer of Stroud Subscription Rooms, with a final deadline of the end of March next year for completion.

Stroud District Council has decided to allow Stroud Town Council more time to get important paperwork ready while still working towards a transfer deadline of March 31.

Stroud District Council had considered offering a month’s extension for exchange of contracts to Stroud Town Council because of legal delays and a delay in setting up a trust to run it.

But on Thursday, October 4, Stroud District Council Strategy & Resources committee withdrew a report which recommended extending the exchange of contracts deadline from September 30 to October 31 – instead, negotiations will continue but still towards the original deadline for transfer on March 31.

To ensure the 184-year-old building remains in public hands, Stroud District Council had already agreed to transfer the freehold and the business to Stroud Town Council for £1 subject to contracts being exchanged by the end of September with completion of the transfer to take place on or before March 31, 2019.

On Thursday, the committee resolved that negotiations will continue for the transfer of the freehold interest in the Subscription Rooms, forecourt and business with a view to completion no later than March 31 2019, with final terms to be reported back to the Strategy and Resources Committee for approval to exchange contracts.

Earlier this year Stroud District Council resolved to make a £230,000 one-off grant towards operating costs for 2019/20, up to £125,000 for roof repairs and £20,000 worth of fixtures and fittings, after Stroud Town Council proposed taking on the Sub Rooms and creating a trust to run the venue. It is expected that the town council will pay £50,000 towards the project.

Significant progress has been made between Stroud District Council and Stroud Town Council. Legal agreements have been drafted and substantially agreed and Stroud Subscription Rooms Trust is awaiting registration from the Charities Commission. 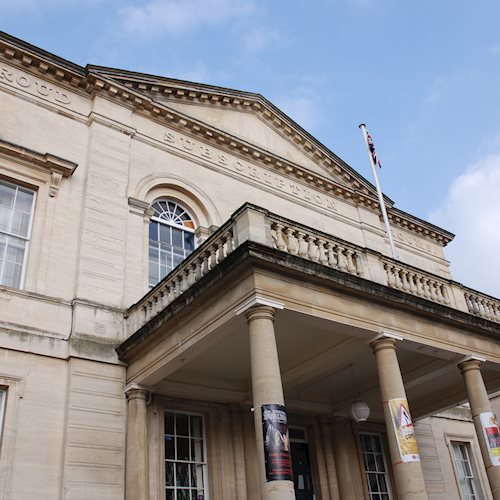