The government announcement means that the Severn Edge nomination to develop the UK’s first prototype plant is now one of five sites through to the next phase of the national selection process.

If successful, the Severn Edge nomination could be given the go-ahead by the Department for Business Energy & Industrial Strategy by the end of next year.

Today’s decision on the selection process could pave the way for the fusion plant along with an associated ecology of R&D facilities, businesses and training facilities to be created at Oldbury in South Gloucestershire and Berkeley in Gloucestershire.

The prototype plant could lead to thousands of highly skilled jobs being created across the region. It would also have a massive impact on economic regeneration across a vast area - stretching from Cornwall to the West Midlands and Wales and including priority areas in the government’s Levelling Up Fund agenda, such as Gloucester, the Forest of Dean and Stroud.

Its far-reaching benefits would not only raise employment and prosperity in disadvantaged areas but also regenerate two former nuclear power sites, which could lie dormant for years without this initiative.

Severn Edge is the site where the STEP programme - Spherical Tokamak for Energy Production - could be built to support the UK’s transformation to a low carbon economy. It is targeting operations around 2040.

Katherine Bennett, Chair of the Western Gateway partnership, said: “It’s fantastic to see the government honouring the commitments to prioritise the hosting of a STEP fusion site on merit. We truly believe that the Western Gateway geography offers an unrivalled breadth of skills, supply chain and technology to deliver this pioneering approach to renewable energy.

“I am very excited about the next phase of work with UKAEA, as we continue the assessment process and work together towards a hugely significant piece of infrastructure for the region and for the UK.”

Andy Bates, of Nuclear South West, the industry body powered by Business West, said: “We believe that our Severn Edge nomination is very strong scientifically and technically. We have an incredible scientific and engineering base here, with high temperature expertise being a particular strength. We are also one of the leading regions in digital and digital design, which will be crucial to the success of STEP.”

The Severn Edge team believe that the site’s proximity to the Culham Centre for Fusion Technology in Oxfordshire will be an added advantage in the final selection process.

“Culham is just 60 miles away and is the beating heart of fusion technology in the UK”, said Andy Bates, ”and we see Severn Edge as the lungs in that fusion body. These are very exciting times for this region.”

Professor Tom Scott, one of the Severn Edge nomination team and co-director of the South West Nuclear Hub at the University of Bristol, said: “The region has a vibrant supply chain and base for building nuclear reactors as well as all the leftover expertise in high temperature materials. So, we have the site and the skilled people to deliver this fantastic world-leading project that will ‘Level Up’ for the South West and wider geography in terms of jobs and prosperity.”

Writing in the government’s new Fusion Strategy, George Freeman, MP, Under Secretary of State, Minister for Science, Research and Innovation, says: “Fusion could be the ultimate clean power solution, representing a low carbon, safe, continuous and sustainable source of energy. This is not science fiction but science fact.”

“To make it through to the final round of nominations is a great achievement and shows that we have the right infrastructure and expertise in the right place.

“I sincerely hope that the Severn Edge bid is chosen, putting Stroud district at the heart of an important energy generation technology which could benefit generations to come.

“This bid is a testament to excellent partnership working across the district, county and region.” 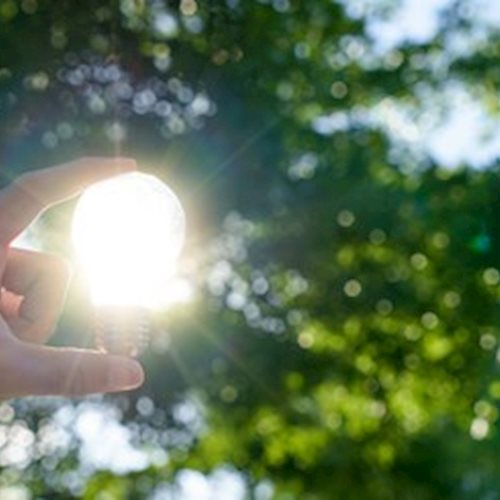