With the Stroudwater Canal set to be restored from Stonehouse Ocean to Saul, Stroud District Council and Stonehouse Town Council are working together to improve three sites near to the canal in Wharfdale Way and Boakes Drive.

The consultation includes Stroud Valleys Canal Company’s aspiration to provide two types of moorings along this stretch of the canal, ways to improve a nearby multi-use games area, and uses for the former council garages site.

The public consultation event about the proposed canal side improvements will be held on Saturday,17 November from 10am-12.30pm at Stonehouse Town Hall. Members of the public will have the chance to speak to councillors and officers from both councils and representatives from the canal project and SVCC.

Theresa Watt, Mayor of Stonehouse, said: “We’d like to hear as many people’s views as possible to shape this exciting opportunity for Stonehouse.”

Stroud Valleys Canal Company is the organisation with responsibility to manage and maintain the canal. SVCC wants to bring new life and opportunities to the Stonehouse area and encourage boaters to stop and explore the town and surrounding area. SVCC would like to create a canal and boater-friendly destination that includes permanent and visitor moorings with one or two water points.

SDC Canal Manager David Marshall added: “The restoration of the canal is not just about improving the canal itself but also benefiting the communities alongside. It’s important that people have their say now, and there will be opportunities to do so in future as well.”

For people unable to attend the event a survey is available at www.stroud.gov.uk/stonehousecanalimprovements. The results will be used to help write a brief for landscape architects to design schemes for these areas. There will then be further consultation on their proposals.

Stroud District Council has invested £3million in the restoration of the canal so far. The Heritage Lottery Fund has recently awarded £842,000 development funding to continue work on the project and an application for a full grant of £8,956,200 will be made late next year.

The SDC-led restoration between Stonehouse and Thrupp has transformed the canal corridor, attracting £115million of private investment.

Studies suggest that boaters and visitors to a restored canal would spend more than £5million a year in the Stroud district. Stroud District Council has committed £3million, and contributions from Gloucestershire County Council, Cotswold Canals Trust and the Canal and River Trust are worth around £2million.

The total cost of the project, allowing for inflation and other contingencies is £23.4million. The monetised health benefits of the canal will be worth more than £37million a year. 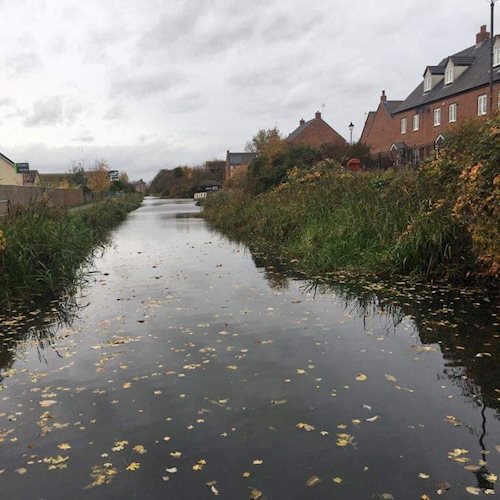