The final stages of the Cotswold Canals Connected Ocean railway bridge project are in sight as the drained section of canal known as the Ocean is to be refilled.

The Ocean railway bridge near Stonehouse was replaced between Christmas and New Year by Network Rail on behalf of the Cotswold Canals Connected partnership.

The previous bridge with its narrow opening was too small to allow boats to pass underneath.

After the replacement of the bridge further works to the area have taken place, including installing concrete units to form the new towpath, lining the canal bed under the bridge with clay, planting trees, re-seeding the embankment, and removing machinery from the compound.

The gradual refilling of the Ocean is due to start on Friday 1 April and will take several days. An ecologist will be present to ensure the safety of wildlife.

Once the canal is refilled the system of water pipes and pumps will be removed, allowing contractors and volunteers to carry out work on the towpath between Ocean and Bonds Mill.

The current towpath which consists of compacted earth will be replaced with stone, timber edging will be installed, and overgrown vegetation cut back.

The towpath will remain closed until mid-May and the alternative walking and cycling route will continue.

“It is exciting to see the that this incredible project is almost at an end. There has been a huge number of people and well-wishers following the progress of the Ocean railway bridge project on our social media channels, and although the towpath won’t be reopened as soon as we had originally hoped, the works to improve the towpath will make it accessible to a greater number of people. I’d like to thank local residents and members of the public for their patience and support.”

The partnership is committed to significant outcomes for wildlife, people and communities, and our canal heritage.
To find out more about Cotswold Canals Connected, including how to get involved, or make a donation please see the website.

Published on behalf of the Cotswold Canals Connected partnership 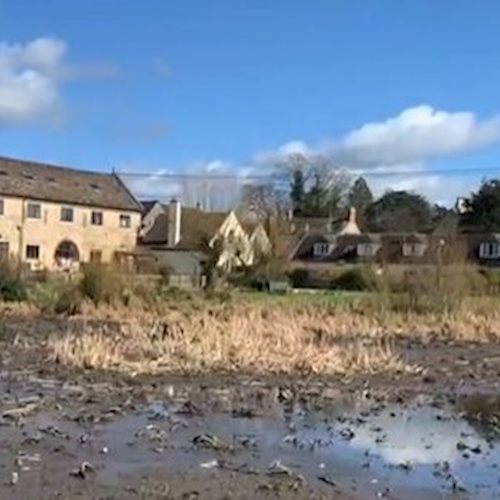