Councillors listen to community over street and building names

Stroud District Council will start the process which could lead to the removal of a statue and renaming of a building and street, following concerns raised by residents and a major community consultation.

At a full council meeting on Thursday, April 28 all elected members had the chance to debate the review of street or building names and monuments, which was prompted by the 2020 Black Lives Matter protests.

A review panel drawn from across the community made the recommendations after receiving 1,680 public survey responses including more than 1,400 from people with a connection to the Stroud district. The key findings on the Blackboy statue in Stroud town were:

Councillor Natalie Bennett, who chairs the Review Panel said: “The Blackboy Clock and Statue received much of the Panel’s focus as we carefully considered and debated all of the survey responses and evidence, as well as recognising the sensitivity and complexity around the debate and understanding that statues can mean different things to different people.

“This review was about understanding the experience and views of people in our communities and asked important questions about how the public realm can better represent the history of our district.

“The review started a conversation about how we represent our district’s heritage and values in the future. We asked our communities and we have listened; the recommendations put forward have been based on careful consideration of the evidence presented in the survey findings and further work and research undertaken by the Review Panel.”

Review Panel member Dan Guthrie said after the meeting: “I'm glad that the council have approved these recommendations and are committed to taking them forward as they are a key part of an ongoing conversation about how our area can become a more inclusive place for everybody living in it.

The recommendations approved on Thursday are:

The council voted by a majority to accept all of the above recommendations.

These are the next steps:

The Local Planning Authority (Stroud District Council) must place considerable weight on the need for conservation meaning that changes to listed buildings which may result in harm should be avoided, or the impact minimised. New laws make clear that historic monuments should be retained and explained.

If the council intends to grant permission for removal and Historic England objects, the Secretary of State for the Department for Levelling Up, Housing and Communities will be notified so they can make a final decision about the application.

Historic England has already advised that removing the clock would harm the building’s significance, and planning issues and ownership may mean it’s not possible to move the clock and statue.

A flow diagram shows the key steps in the process, however they may not be taken in this precise order and removal is not guaranteed.

All of the reports considered by elected council members can be read at: https://stroud.moderngov.co.uk/mgAi.aspx?ID=1610#mgDocuments

Recruitment to the review panel and the consultation were widely advertised. 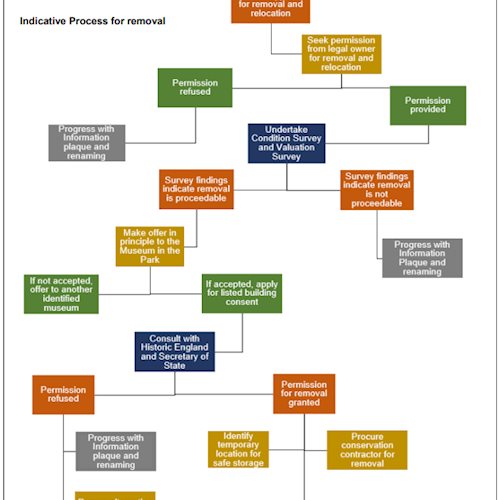 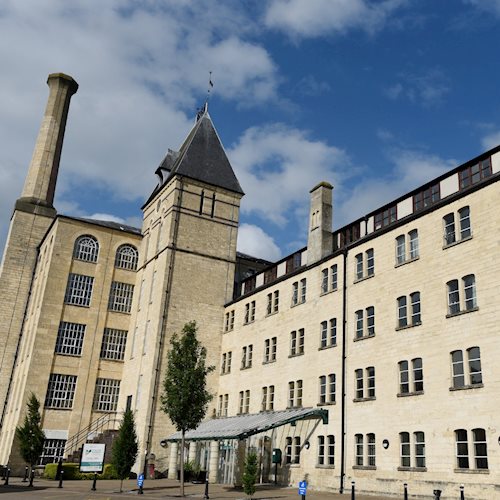