Wotton Under Edge was first designated as a conservation area in August 1972. It was extended in 1988 and some minor boundary changes were made in 1999 during its first review and appraisal. A Conservation Area Statement (CAS) was adopted in November 1999 as Supplementary Planning Advice (SPA).

The Wotton CAS contains information about the character and special significance of the conservation area, as well as proposals for its conservation and enhancement. The document is used to guide the interpretation and application of Development Plan policies, including Local Plan Policy ES10.

On 2nd April 1993, the Secretary of State issued a Direction, which enables the Local Planning Authority to apply controls to certain works of alteration to specific buildings in the conservation area. These works would normally be ‘permitted development'. But in a conservation area an Article 4 direction may be applied, requiring planning permission to be sought for particular works that could potentially have a harmful effect on the character or appearance of the conservation area.

The following residential properties are affected by this Article 4 Direction:

The works requiring planning permission are as follows:

Development within the curtilage of a dwellinghouse 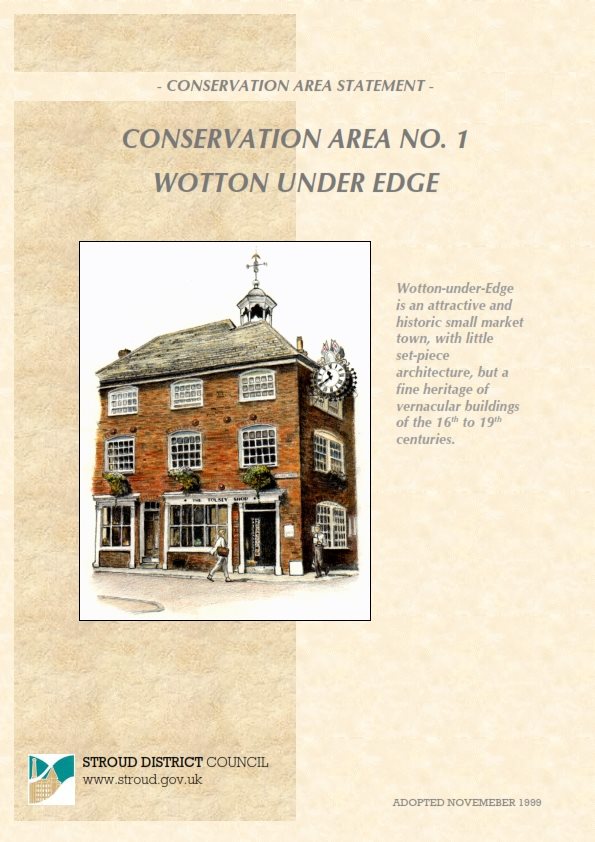