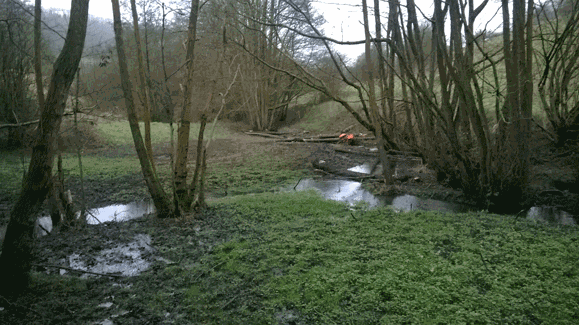 Working practice: Work was undertaken by GWT staff over a number of days 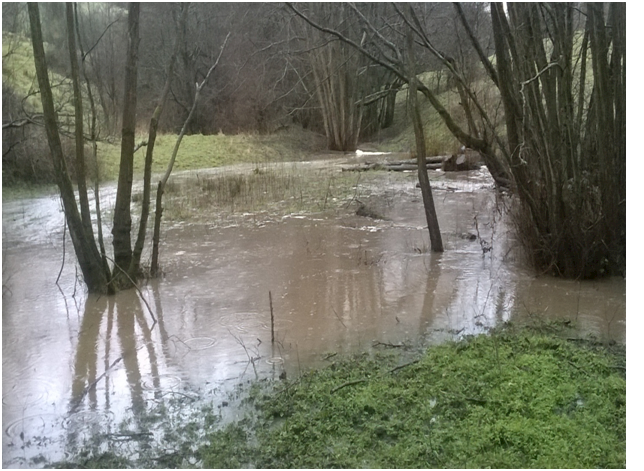 The photos above show Snow's Farm after construction in January 2015 and then on March 9th, 2016, after approx'40mm of rain fell in 12 hours.